What does storytelling have to do with empathy?

“I’m not sure what you expect me to do about it,” he drawled in an even voice.

I shrank back into the fabric-covered chair across from Principal Doyle’s wide, wooden desk. “What do you mean?” I swallowed loudly as I tried to force the water filling my tear ducts back into its place. “They’ve been doing this for months. Following me around, calling me the n-word, telling me how ugly and disgusting I am because of my race. They do it at lunch, in class, even after school when everyone else leaves. I’m afraid they’re going to hurt me.”

Principal Doyle leaned back in his own substantially bigger chair, the leather squeaking with his casual movement. He shrugged, the faint lines on his suntanned face unmoving. “Well, there’s just no proof. Maybe the next time this happens, you could bring a tape recorder?”

I did not bring a tape recorder, nor did I wait for “next time.” After nearly seven months of putting up with the racial harassment that marked my eighth-grade experience, I finally told my family and a teacher who seemed sympathetic to my otherness. The response? One of the boys who’d been targeting me was suspended for one day; his mother wrote a canned apology note on his behalf. He was the one non-white boy in the group of four or so that had been harassing me; the others received no consequences.

I’m not bringing this experience up because of its beginning, which is admittedly not very encouraging. I’m bringing it up because of the story I later told that led to a very different ending. We will get to that, but first I have a question for you: In your experience, what does storytelling have to do with empathy?

Here are the three connections I have experienced between storytelling and empathy. At the end of the post, let me know in the comments what those connections look like for you.

A great example of this is the way politicians use stories about specific moments in their and their constituents’ lives to illustrate who they are and what they stand for. In an analysis of a recent Democratic Primary Debate, Christopher Fox showed how Pete Buttigieg, Julian Castro, Kamala Harris, and Elizabeth Warren made their mark through powerful storytelling. When you think about it, it makes sense: Are you more likely to remember a candidate who says, “I believe in making healthcare more accessible,” or a candidate who tells a story about their child getting access to critical healthcare that saved their life? The storytelling/empathy connection here is a two-way street: by telling these stories, candidates show their empathy for the audience. By hearing these stories, we develop an understanding of these candidates as nuanced human beings rather than just as politicians.

In our current national (and global) discourse, facts have never been more essential. We need journalists to fact-check, we need politicians to reference facts, and we as the public need to engage our critical thinking skills to discern between facts based in reality and evidence and fictions that are conveniently aligned with our beliefs. The thing is: that’s not necessarily how our brains are wired. We are far more likely to internalize a well-told, character-driven story that illustrates a fact than we are to internalize the fact on its own. This explains why so many of us have a hard time empathizing with the experiences of others until we absorb stories about the experiences of others. What would provoke more empathy in you: Someone telling you, “I had a really bad day today,” or “I woke up this morning with an excruciating migraine. I had to roll out of bed, holding my hands over my eyes to filter out the morning light. I had to make it to a 9 am meeting and if I couldn’t power through, I would be fired!”?

The effects of storytelling on our brain are deeply rooted in neuroscience. The chemical oxytocin, which is often known as a “love” chemical, produces feelings of trust, cooperation, and connectedness when we read or hear stories. Where once we felt disconnected from somebody, as though their lives had nothing to do with ours, hearing their story makes us feel connected to them. When we feel connected with people, we are open to supporting them, advocating for or with them, and taking actions that may benefit them. That brings me to Part Two of my eighth-grade story:

I sat in front of the clunky desktop computer, typing so furiously my fingers cramped. After a tear and adrenaline-filled two hours, I finished writing my story. In it, I painted a picture of my home life and what it looked and felt like to be black in an almost entirely white area. I painted a picture of who I was, where I came from, and why the incidents that year felt so destabilizing. The school year was already over by then; I was planning to move across the country in just a few short months. I asked my mother if she could drive me by the school one last time. I walked along the sprawl of low stucco buildings until I reached my destination: the office of a school counselor who had been friendly toward my family. I wedged the thick, stapled packet of paper underneath her doorframe.

Two years later, I sat cross-legged on beige carpet, across from a close childhood friend. “Good job writing that letter,” she said, tucking a strand of blonde hair behind her ear. I frowned.

She laughed. “That letter you gave to Mrs. Crystal. She really took it to heart.”

My ears pricked up now that I remembered the letter my friend referred to. “Oh, that. What do you mean she took it to heart?”

Still smiling, my friend explained. “Because of whatever you wrote, she started a whole diversity program. She’s working on making sure the students recruited through the initiative are actually supported when they get to the school.”

I would love to hear from you: What role has storytelling played in the way you experience empathy? What role does it play in the empathy others show you? Leave your thoughts in the comments!

Ready to tell your story? Sign up for a free 30-day trial of StoryBuilder. 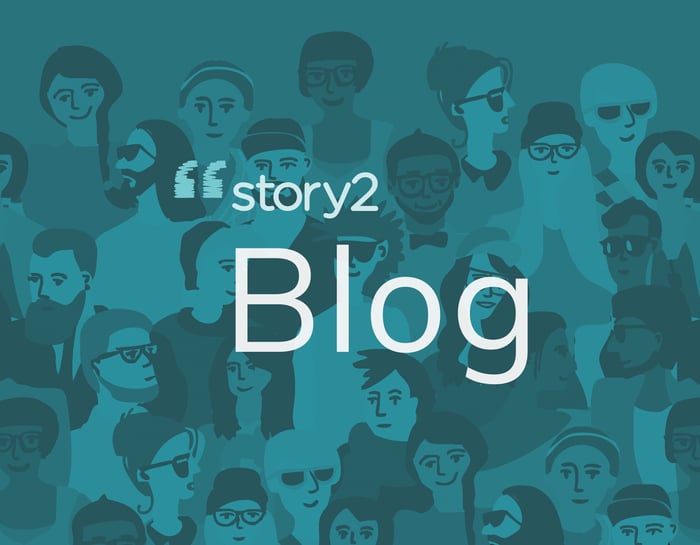